What is the Endocannabinoid System and What is Its Role?

What is the Endocannabinoid System and CBD?

There’s plenty of buzz about cannabis and its potential role in alleviating a number of medical issues and even promoting better overall health.

More specifically, certain cannabinoids within the cannabis plant have been hailed as having amazing medicinal properties that can do anything from alleviating anxiety to reducing pain, among others.

An increasing number of people are turning to cannabis and its cannabinoids – including tetrahydrocannabinol (THC) and cannabidiol (CBD) – as supplements or even alternatives to traditional pharmaceuticals.

The question that still remains: what exactly is it about cannabis and its cannabinoids that is able to have these incredible effects on the mind and body?

It all comes down to the endocannabinoid system and cannabinoids’ effect on it — let’s dig into it. 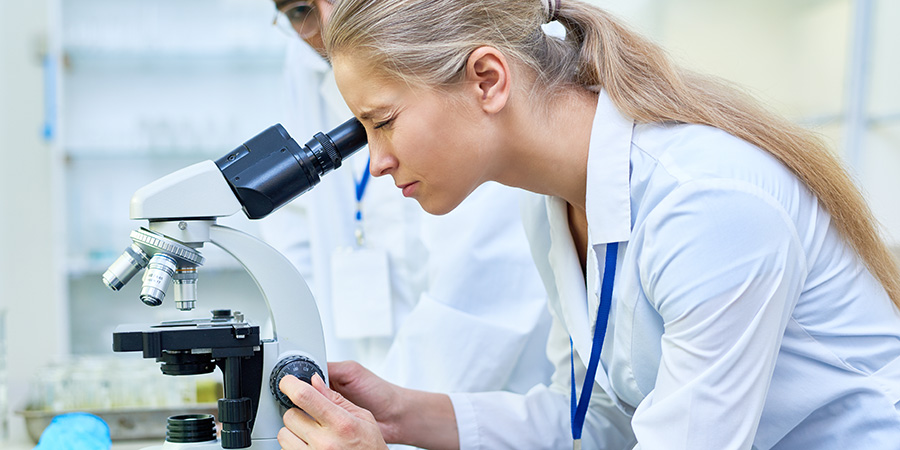 What is the Endocannabinoid System (ECS)?

Every person who consumes cannabis has its own particular reason for adopting it into their lifestyle. But the cannabinoids within the cannabis plant wouldn’t have the effect that consumers desire if it wasn’t for the endocannabinoid system (ECS) and cannabis’s influence on it.

The ECS is comprised of cellular receptors found on the membranes of cells throughout the body (including the central nervous system, immune system, gastrointestinal tract, and vital organs), endocannabinoids that activate these receptors, and enzymes that both create and degrade these compounds.

This vital system is tasked with regulating important functions in the mind and body. More specifically, the ECS maintains homeostasis – or balance – in the body.

When the body’s internal environment is in perfect balance, optimal health is achieved. However, if there is an imbalance in the body, disease and ailments can ensue.

By keeping a proper balance in the body, the endocannabinoid system, its receptors, and its naturally-occurring endocannabinoids can help the body achieve better health. 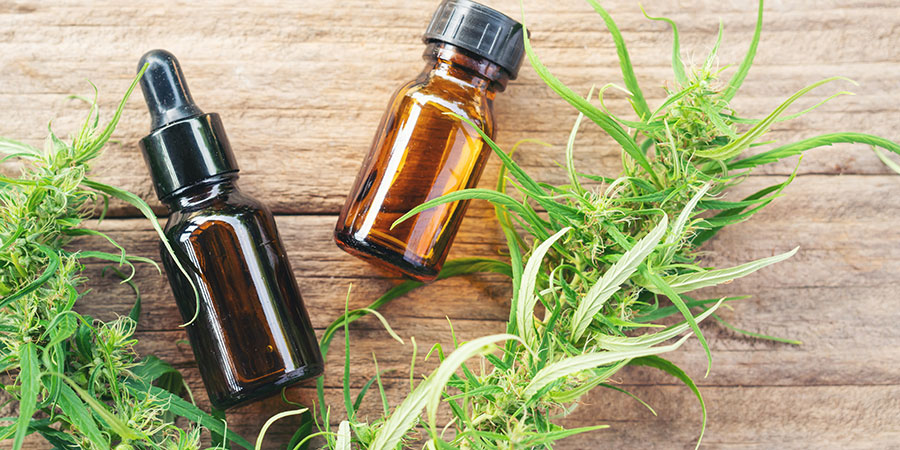 So, How Does the Endocannabinoid System Work Exactly?

The specific reaction depends on both the type of cell that is activated through the particular receptors as well as the ailment that is being experienced.

That means the ECS can stimulate a wide array of responses within each cell, depending on the exact issue at the time.

The ECS has been associated with influencing the following bodily processes:

All of these functions play a role in a balanced internal environment in the body, which is the overall function that the ECS is tasked with. 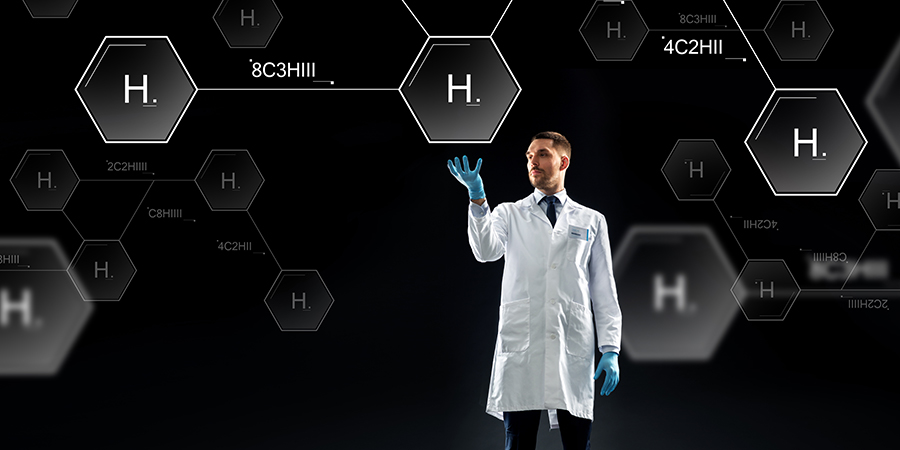 Receptors of the Endocannabinoid System

There are two predominant types of receptors of the ECS that are activated or interacted with by endocannabinoids: CB1 and CB2 receptors.

CB1 receptors are most abundant, and while they’re located in various parts of the body, they’re predominantly located in the brain and spinal cord.

CB2 receptors are predominantly located in the gastrointestinal (GI) tract, where the majority of the body’s immune system can be found.

The interaction of the receptors and endocannabinoids are triggered when the body is experiencing some sort of trouble.

For instance, if pain is being experienced, endocannabinoids of the ECS interact with either one of these receptors to elicit the appropriate response. In this case, it would be the alleviation of the pain.

When the body senses that such an issue is being experienced, the receptors and endocannabinoids are synthesized in response. 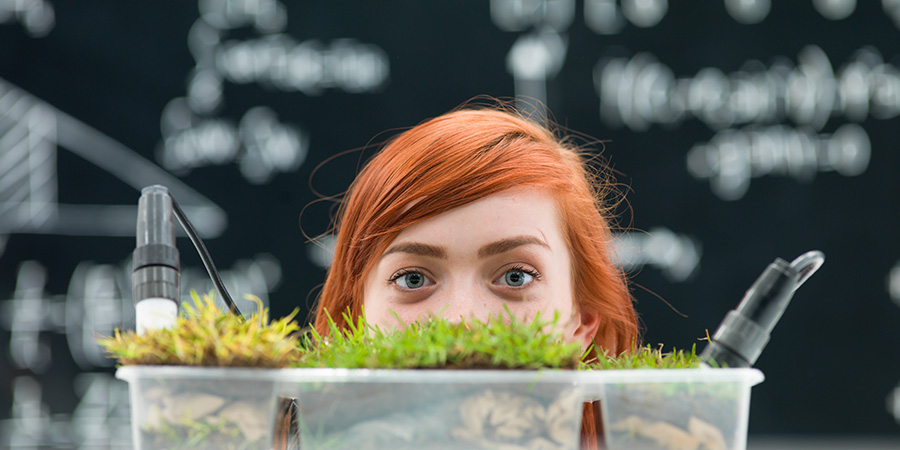 Endocannabinoids of the ECS

There are two main naturally-occurring endocannabinoids in the body that interact with the CB1 and CB2 receptors of the ECS: anandamide and 2-AG. Anandamide (AEA) is the more thoroughly researched endocannabinoid of the ECS and has a wide range of roles, including regulating immune system function, appetite, pain, inflammation, central nervous system function, and memory, among others.

Anandamide activates both CB1 and CB2 receptors and is created throughout various tissues in the body.

2-AG is the second most abundant endocannabinoid of the ECS, but there isn’t as much information about it as compared to anandamide.

It is also an activator of both CB1 and CB2 receptors and is found in greater quantities in the central nervous system compared to anandamide.

The enzymes that create and break down these endocannabinoids are different: while anandamide is broken down by an enzyme called fatty acid amide hydrolase (FAAH), 2-AG is broken down by an enzyme known as monoacylglycerol lipase (MAGL). Because of this, each endocannabinoid plays a totally different role in the ECS, though they are both integral in maintaining homeostasis in the body. 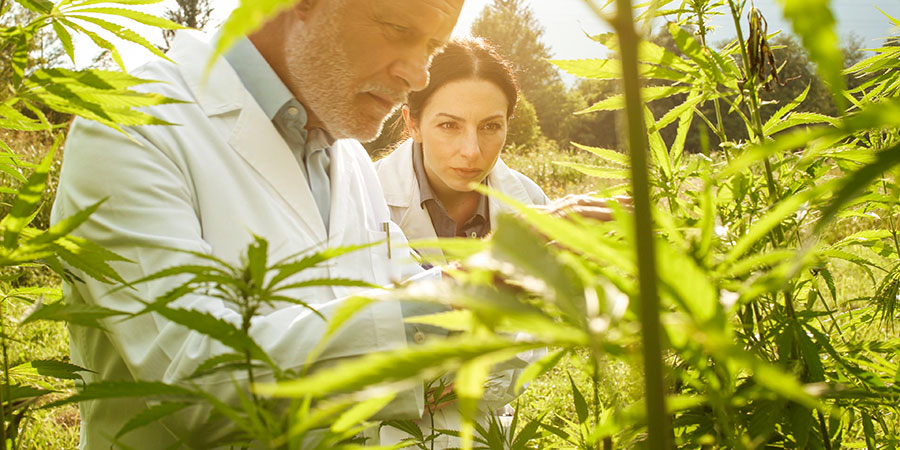 Cannabis’ Role in the ECS

Unfortunately, the ECS doesn’t always function properly to maintain homeostasis, which is why different conditions can arise. Sometimes the endocannabinoids are not enough to help bring the body back to equilibrium, and the body is, therefore, unable to heal itself on its own without some form of external intervention.

There is some evidence to suggest that endocannabinoid deficiency is possible, which suggests that low levels of endocannabinoids may cause an environment in the body that is conducive to the development of certain ailments.

If such a deficiency does exist, boosting the production of endocannabinoids or introducing external cannabinoids from the cannabis plant could be an effective alternative.

Rather than taking medication to alleviate their symptoms, many people depend on cannabinoids from the cannabis plant to fill the void that the endocannabinoids in the body are unable to fulfill, and can serve as a supplement to the body’s ECS to bring about the desired effects.

While there are dozens of different cannabinoids in the cannabis plant, two, in particular, are most abundant: THC and CBD.

THC is the psychoactive cannabinoid that is responsible for altering the mind of those who consume it.

However, THC also interacts with the CB2 receptors in the body to induce other effects, such as reducing pain and inflammation. However, it can also increase anxiety and paranoia in some cases.

CBD is a non-psychoactive cannabinoid, which means it does not induce any mind-altering effects in a person. Instead of directly binding to the endocannabinoid receptors, CBD influences their activity.

Because CBD does not bind directly to CB1 receptors, it does not produce the mind-altering effects that THC does. Instead, its interaction with the receptors can still bring about the alleviation of various ailments without the “high” that typically comes with THC consumption. 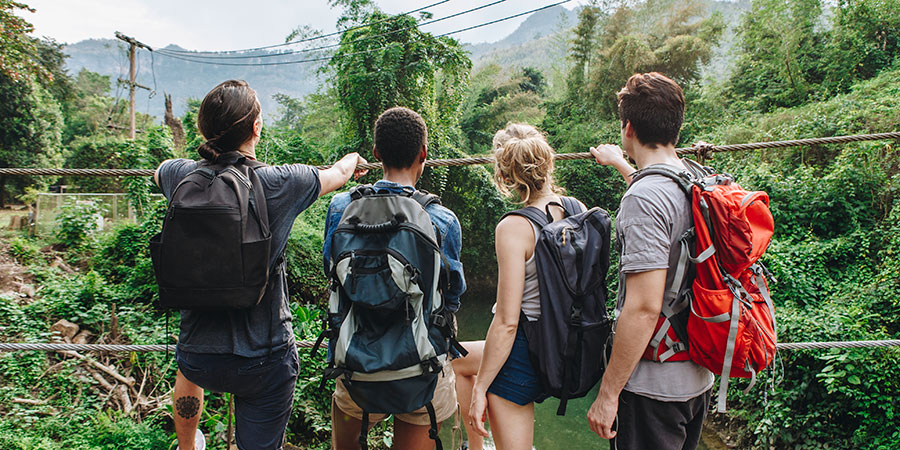 Clearly, the endocannabinoid system is a crucial component of the body and serves a very important function of maintaining a state of homeostasis.

By doing so, any number of ailments can be kept at bay. But when the ECS is unable to maintain equilibrium on is own, external cannabinoids can be introduced that can mimic the activity of the body’s naturally-occurring endocannabinoids.

Much research on cannabis and its cannabinoids has already been done, but more is needed to fully understand how cannabinoids from the cannabis plant can play a role in alleviating various ailments that humans commonly suffer from.