CBD For Anxiety: How CBD Oil Can Benefit You

Stress and anxiety can wreak havoc on a person’s life, but unfortunately, it’s a rather common ailment in modern society.

According to the World Health Organization (WHO), it’s estimated that as many as 264 million people live with anxiety across the globe. And in the US, approximately 40 million adults battle anxiety disorders every year. While anxiety is very treatable, not everyone sees out treatments.

And those who do tend to opt for pharmaceutical medication that comes with certain unwanted side effects, including drowsiness, dizziness, nausea, weight fluctuations, headaches, and nervousness.

But while there may be some effects of traditional medications, there may be more natural alternatives that may work just as well to combat anxiety: CBD. In this article, we take a look at how can CBD work to calm anxiety, and is it something worth trying as a natural remedy? 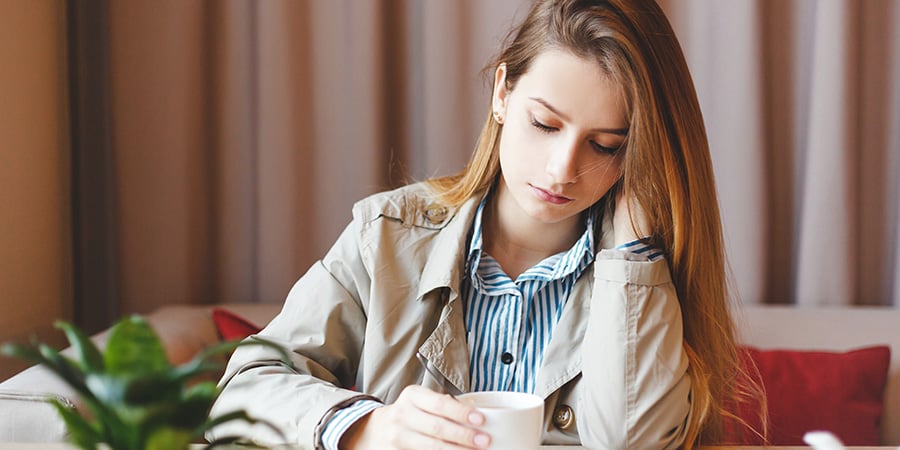 Anxiety is the body’s natural way to respond to stress and is typically experienced as a fear of what may happen in the near future.

Losing a loved one, getting fired from a job, or even a failed grade on a school paper can all cause anxiety.

But anxiety is often a constant state of apprehension, regardless of whether or not a specific trigger is present. If feelings of anxiety are extreme and long-lasting, an anxiety disorder may be at large.

Anxiety disorders are the most common form of mental illness in the US, affecting just over 18 percent of the adult population each year.

The constant restlessness and excessive worry can make it very difficult for patients to carry out a normal life, as anxiety has a way of negatively impacting just about every aspect of life.

Making decisions, speaking with others, performing at work, and even just going out can all be hampered by excessive anxiety.

No matter what form of anxiety you may be dealing with, CBD may be an effective supplement or alternative to conventional pharmaceuticals to help ease the troublesome symptoms that come with this condition.

Not everyone necessarily experiences anxiety in the same way. There is a wide range of symptoms that are associated with anxiety, which can include any of the following:

The symptoms of anxiety may be completely different from another individual’s, which is why it’s important to understand all the ways this disorder may arise in order to help diagnose it appropriately.

That said, cannabis’ CBD may be an effective and natural way to ease feelings of anxiety, whether as a supplement to traditional medications or as a standalone treatment.

CBD (also known as cannabidiol) is a cannabinoid that comes from cannabis, and although there are dozens of other cannabinoids in the plant, CBD is among the most abundant, along with tetrahydrocannabinol (THC).

But unlike THC, CBD is non-psychoactive, which means it will not cause any mind-altering effects when it is consumed. The active ingredient in cannabis has long been scientifically shown to have numerous potential health benefits, including its ability to calm anxiety.

How Does CBD Work to Calm Anxiety?

CBD’s role in reducing anxiety – as well as other symptoms and ailments – stems from its interaction with the endocannabinoid system in the body.

The interaction of all three components of the endocannabinoid system helps to create balance in the body and evoke specific responses to keep the body free of negative symptoms. But when such interaction is haltered for whatever reason, all sorts of different conditions can arise, including anxiety.

As such, they have similar health benefits. CBD interacts with receptors of the endocannabinoid system to help bring the internal environment back into balance and alleviate whatever discomforts are being experienced, including anxiety.

Among all the receptor types of the endocannabinoid system, CB1 and CB2 are the most abundant and well-researched. It is when the cannabinoids of the cannabis plant interact with these receptors that various medical issues can be targeted.

But different cannabinoids may have slightly different effects, particularly on the mind. For instance, when (tetrahydrocannabinol) THC is consumed, it binds directly to CB1 receptors located in the brain and spinal cord, which is what induces a mind-altering effect. CBD, on the other hand, does not bind directly with these receptors. Instead, it indirectly interacts with both CB1 and CB2 receptors to influence their activity.

Various studies have backed CBD’s ability to reduce anxiety. For instance, a 2013 study conducted on rodents showed that administering CBD may help to stimulate the regeneration of neurons in the hippocampus, a region of the brain that is responsible for cognition. In people who suffer from anxiety, the hippocampus tends to be smaller than average, which may be linked to the irrational thoughts that anxiety disorders can induce.

Another 2011 study showed that cannabis’ CBD has the ability to alleviate symptoms associated with Seasonal Affective Disorder (SAD). Study participants who were administered 400mg of CBD claimed to have experienced a reduction in overall anxiety compared to the placebo group.

Other studies have also linked the consumption of CBD with a reduction in symptoms associated with PTSD, including nightmares and recurring negative memories.

While much of the evidence supporting CBD’s application in treating anxiety is based on animal studies, there’s certainly much promise in the cannabinoid’s place in alleviating the symptoms of this condition.

There are several different CBD product formats available to the public that are designed to administer CBD. But when it comes to treating the symptoms of anxiety, some formats may be better than others.

The following may be the more ideal ways to consume CBD to target feelings of anxiety.

The effects of CBD hemp oil may be felt much faster when the cannabinoid is vaped. Using a vape pen, CBD oil is vaporized and inhaled, which affords consumers with a quick dose of CBD.

Since the CBD does not have to be metabolized in the digestive system, it can reach the bloodstream much faster, thereby allowing the consumer to experience the effects much faster, too. As such, this method makes a great option in acute anxiety situations.

While there currently questions surrounding the potential safety of vaping, it may be an effective way to consume CBD to target anxiety when hemp-derived CBD is obtained from a trusted source. 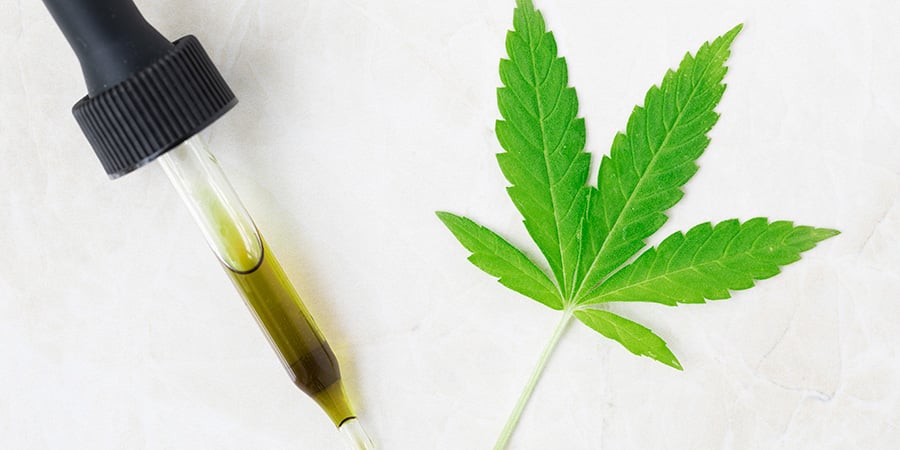 Another way to experience the effects of CBD quickly is to administer CBD oil orally via a dropper.

Applying a drop of the cannabinoid under the tongue allows the product to be absorbed through the mucous membranes in the mouth, which allows the CBD to bypass the liver and digestive system and enter the bloodstream more quickly.

Again, this quick effect is very helpful when an acute bout of anxiety is being experienced, which can help calm an individual down faster compared to consuming a CBD product that must be digested first. 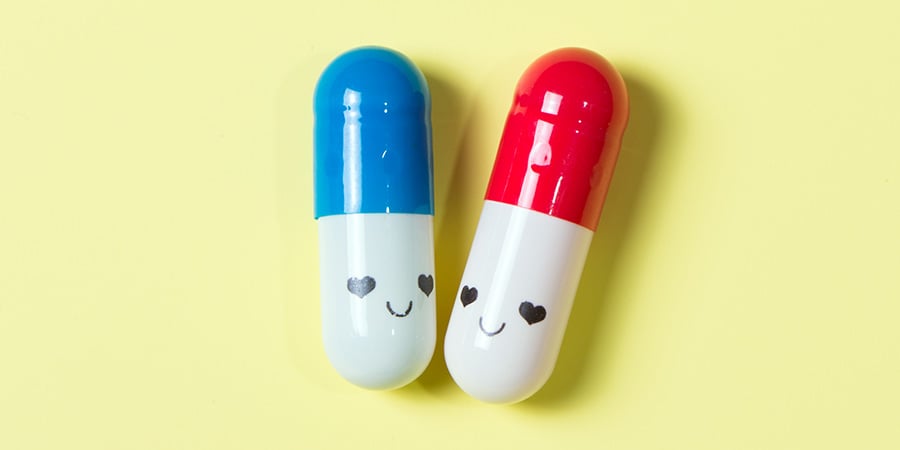 Those who may just be starting to venture into the world of CBD for anxiety may appreciate the easy administration and dosing of CBD capsules.

Taken like any oral medication or vitamin, CBD capsules are precisely dosed, easy to take, and discreet, making them a handy CBD product to have at any time when feelings of anxiety are on the horizon.

However, the drawback to capsules is that cannabis’ CBD may take longer to take effect compared to CBD vapes or tinctures because it must first pass through the digestive system before it enters the bloodstream. That said, once it does take effect, the results can last just as long, if not longer.

Anxiety can be a debilitating condition that can impact several aspects of life. Thankfully, however, there are ways to treat the symptoms associated with this condition, including medication.

But for those who may want to seek out a more natural alternative to treating anxiety that doesn’t come with all the potential side effects of pharmaceuticals, cannabis’ CBD may be a viable option.

With the current studies conducted and plenty of anecdotal evidence supporting CBD’s effectiveness in treating anxiety, this cannabinoid may be a great supplement or alternative to alleviating the symptoms of anxiety.

previous
What is the Endocannabinoid System and What is Its Role?
next
What’s CBD Good For? 6 Ways CBD Promotes Wellness

Disclaimer: These statements have not been evaluated by the Food and Drug Administration. These products are not intended to diagnose, treat, cure or prevent any disease. This product is not for use by or sale to persons under the age of 18. This product should be used only as directed on the label. It should not be used if you are pregnant or nursing. This website is not offering medical advice. Consult with a physician before use if you have a serious medical condition or use prescription medications. A Doctor’s advice should be sought before using this and any supplemental dietary product. By using this site, you agree to follow the Privacy Policy and all Terms & Conditions printed on this site. CBD rich hemp oil extracted from the stalks of mature industrial hemp is federally legal. Products on this site may contain less than 0.3% THC.